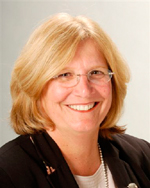 Carol Falkowski, former director of Research Communications at the Hazelden Foundation is currently the director of the alcohol and drug abuse division at the Minnesota Department of Human Services, has monitored drug abuse trends at the national level for two decades. She is author of the reference book, Dangerous Drugs, An Easy-to-Use Reference for Parents and Professionals.

As one of 20 researchers in the country who participates in an ongoing drug abuse monitoring network of the National Institute on Drug Abuse, she regularly writes reports on drug abuse trends using the most recent available data from medical examiners, hospital emergency rooms, treatment centers, and law enforcement.

Falkowski has published numerous articles and reports on drug abuse trends, and makes frequent presentations to professional and community audiences. She has served in an advisory capacity to the US Food and Drug Administration, the National Institute of Justice, the American Bar Association, the RAND Corporation, and the National Drug Intelligence Center.

Carol Falkowski was featured in the 1999 Showtime TV documentary by Robert Zemeckis, "Smoking, Drinking, and Drugging in the Twentieth Century." She also produced and hosted a weekly, call-in, talk radio program on drug abuse. In 2004 she produced Meth - Shadow Across America in partnership with Twin Cities Public Television, and in 2005 Life After Meth, both documentaries about methamphetamine abuse and the challenges it presents for individuals, families, law enforcement, treatment professionals, and entire communities.

Falkowski has appeared on The Today Show (NBC), Talk of the Nation (National Public Radio), Day to Day (National Public Radio), Anderson Cooper (CNN), FOX News Live, In The Money (CNN), and The Jane Pauley Show. Her comments and opinions on drug abuse have appeared in USA TODAY, The New York Times, The LA Times, TIME, Teen People, and numerous daily newspapers and news broadcasts. She lives in the Minneapolis metropolitan area.