Relapse The Illusion of Immunity DVD 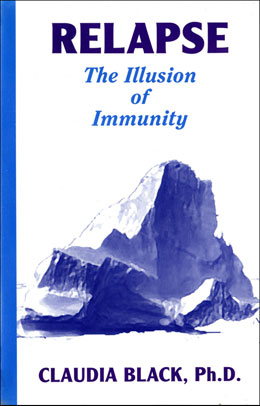 Relapse The Illusion of Immunity DVD

Relapse data has been available but in this video Dr. Claudia Black brings a new insight and overview to the issues of relapse.

Claudia begins by using an analogy-that of the sinking of the Titanic and the loss of it's passengers. Of the more than 2200 people aboard, 1513 would perish. This was the ship that was unsinkable and, even as the ship was going down, people assumed that they were in no immediate danger. In telling this story to a group in early recovery, if they were to put themselves aboard that ship, most would be certain that they would be in the group that was saved. It is commonly stated that as many as 70% of all chemically dependent people who attempt to stop drinking or using will experience relapse, and often more than once.

The four Icebergs that can sink recovery are identified as overconfidence, control, fear of feelings, and secrets. Claudia uses stories and electronic graphics to underline key points that deal with understanding and preventing relapse.

In this DVD, addiction expert Dr. Claudia Black gives viewers a concrete image of relapse by comparing it with the Titanic and naming the four icebergs that can sink recovery.