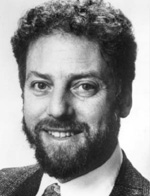 Paul Kivel is a trainer, activist, writer and a cofounder of the Oakland Men's Project. He has personally developed and conducted hundreds of workshops, training thousands of teens and adults on such topics as male/female relationships, alternatives to violence, racism, family violence and sexual assault, parenting, and diversity issues. He has worked with public and private schools and universities, government agencies, youth recreation and leadership programs, juvenile corrections, jails and prisons, and with community based organizations. His essays have been published in books and magazines and he has appeared on local and national TV.

Paul Kivel is the author of several books including Men's Work: How to Stop the Violence that Tears Our Lives Apart, and Uprooting Racism: How White People Can Work for Racial Justice, which received the Gustavus Myers award for Human Rights in 1996. He is also co-author of several widely used curricula including Making the Peace, Young Men's Work, Helping Teens Stop Violence, and Young Women's Lives. His most recent book is Boys Will Be Men: Raising Our Sons for Courage, Caring, and Community.

Paul Kivel lives in Oakland, CA, with his partner and their daughter and two sons.