"When you have difficulty expressing anger, you can get into some pretty weird behaviors to avoid dealing with it directly." 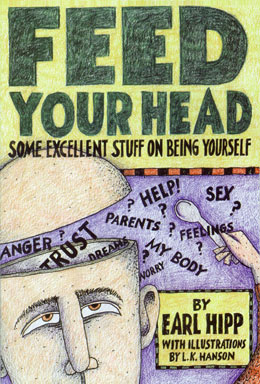 Help for the Hard Times

Anger in a Time of Crisis: Recognize and Avoid the Volcanco


Feelings are what make us human. They happen whether or not we acknowledge them. Denying that we feel angry, sad, scared, or any other way sets us up for bigger problems later, as unrelieved emotions build and build until something breaks or explodes. Written originally for young people, this excerpt from Earl Hipp's book, Feed Your Head: Some Excellent Stuff on Being Yourself, is a timely reminder, in these anxiety-producing days of coronavirus pandemic, about the gifts of appropriate and articulate anger. This is an excerpt from Feed Your Head by Earl Hipp. It has been edited for brevity.

Anger is one of the most complicated of all our emotions to deal with. In some families, expressing anger is not encouraged and letting it out may even bring others' anger down on you. If this is how you have been brought up, you may have trouble even knowing when you're angry, let alone being able to express it. Anger, like any emotion, will cook along inside of you whether you express it or not. If you always stuff anger inside the moment it appears, you can be really angry and not even know it.

Have you ever been with a person who had just exploded with anger? It's an awesome and sometimes terrifying experience, especially when someone seems to go off like that with no clear reason or warning.

Some people stuff and stuff and stuff their anger until, like a volcano, they finally blow. But this isn't anger anymore--it's rage. Rage is hard to handle because it seldom makes sense. It often ends up hurting everybody involved. Like lava from the volcano, rage can destroy whatever is in its path.

You can tell when you are dealing with rageful people when the INTENSITY of their anger is greater than anything you've done or said warrants. In fact, sometimes you don't have to do anything to get rage dumped on you. Rageful people just go off every so often, and whoever happens to be nearby gets covered.

Rage, like lava, also tends to go "downhill." It spills all over people who are more vulnerable and less likely or able to fight back. For example, parents can rage at their kids, older kids go after younger kids, people mistreat animals, and so on.

If you're really so full of anger that you've become rageful, you need help. You need to spend some time with a counselor or someone you trust who can help you look inside to discover and then work out your old angry stuff. Next you need to learn how to recognize your new anger as it occurs, and then work with it instead of stuffing it inside and ignoring it. Until you can do this, you may remain "dangerous" to be around.

When you hear the rumbling from a rageful person, it is probably best to leave them alone. Besides, you can't reason with a volcano anyway!

Sideways Anger
No one really wants to be rageful. So if you think your anger can only come out as rage, you may not ever feel free to let your anger out, even when you really need to. When you have difficulty expressing anger, you can get into some pretty weird behaviors to avoid dealing with it directly. That's when your anger gets out "sideways." That means pretending you're not angry, but not really being successful at it. Ask yourself: Have you have ever done the following when you were angry with someone?

These are just some of the ways of expressing anger sideways instead of directly and up front. What's more, there's a cost for these behaviors: relationships weaken; your attitude toward people, friendships, and even life in general goes bad; and you become less fun to be around. Worst of all, every time you do not directly express your anger, you move a little closer to becoming a volcano.

The Gift of Healthy Anger
Anger can actually be a gift you give to people with whom you're upset. It can be a way of letting them know that FIRST, you care enough about your relationship that you want to get things right. SECOND, it's a way to tell people exactly what you need from them to feel ok again. It's important to be as specific as you can about what problem or behavior is giving you difficulty. Maybe you'll want to try working together to figure out what can be done to improve your relationship. Whether or not things finally get worked out, you've at least let the person know what isn't working for you. You'll have probably gotten rid of most, if not all, your anger too.

Unless you learn to recognize and work with your anger, you'll continue to be sideways with it and things will never improve. Pressure will build inside you until, somewhere down the road, there will be an explosion of anger or rage.

Given the huge costs of stuffing your feelings, taking the risk to share your anger when you feel it can be the healthiest thing you can do for both yourself and your relationships.

For both you and the young people in life, consider picking up Feed Your Head by Earl Hipp. It's got both great words and wonderful artwork to help us all sort through what's in our heads during the pandemic and every day.

About the Author
Earl Hipp is a writer, speaker, and consultant. He works with businesses, schools, parent groups, and other organizations to help people manage life's challenges and get along with each other better. He has written Fighting Invisible Tigers - A Stress Management Guide for Teens, and three pamphlets for Hazelden's Step Meetings for Young People series.