"At that moment it hit me how much danger I'd put myself in by trying to be everything to everybody. I finally understood the analogy of putting the oxygen mask on myself first and then putting it on my children next." 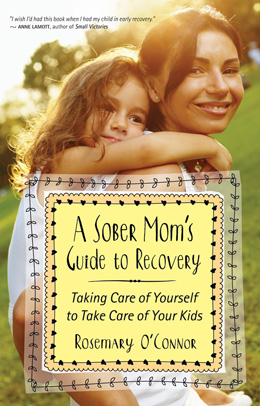 Each Day a New Beginning

Sober Mom During the Pandemic: Recovery and Exhaustion


Today's reading speaks to all of you moms (and also dads and other caregivers) currently running yourselves ragged trying to take care of your loved ones. Maybe the kids are home, maybe your spouse or parent is sick. You're called on to be a chef, teacher, coach, nurse, and many other roles. Regardless of the circumstance, you're probably exhausted. As parents or caregivers, it can seem impossible to even consider taking a break for self-care. But, as author Rosemary O'Connor explains, it's not only beneficial to show yourself some compassion, it's necessary. This excerpt from A Sober Mom's Guide to Recovery provides a much-needed reality check on why we let ourselves get so exhausted, and what we can do about it.

This is an excerpt from A Sober Mom's Guide to Recovery by Rosemary O'Connor. It has been edited for brevity.

Have you ever reached the point of complete exhaustion? Of course you have--you're a woman. And as a mother you are an expert in the exhaustion department. Add to that being a mother trying to recover from addiction, and exhaustion becomes a way of life. If you're like me, a lot of this comes from our tendency to overdo everything to prove to ourselves (and everybody else) that we're okay, that we're competent, and that we aren't going to screw things up the way we did when we were drinking and using.

One day when I was newly sober and working full time, going through a divorce, and raising three kids, I was complaining to my therapist about how tired I was. He suggested I take a twenty-minute nap in the afternoon, between work and picking up the kids. I truly thought this man was from Mars: he might as well suggest I fly to the moon. The concept of a nap was totally foreign to me. My mother used to take naps when we were kids, and I thought she was crazy. Well, she had seven kids, so I'm sure naps saved her. Today two of my kids are grown and out of the house and I still find myself exhausted. I can't blame my exhaustion on a husband, boyfriend, or kids. The common denominator is me. I need to slow down, build in some quiet time, and learn how to say no to some of the requests people make of me. I need to follow my therapist's advice, and my mom's example, and start taking naps!

When I was about five years sober and still running around like a chicken with its head cut off, I had been feeling ill for quite some time but never went to the doctor. I kept putting it off because I told myself I didn't have time. Finally I was in so much pain I went to the doctor and found out I had a terrible infection. She sent me home with a prescription, but on my way I told myself I was too busy to get it filled. I had promised my boys I'd take them to the Giants game that night. I told myself I'd get it filled tomorrow; tonight I'd just grin and bear the pain.

The boys were very happy and enjoyed the baseball game, but I shivered through the cold night until we finally got home at about eleven thirty. At five in the morning I woke up with my entire body shaking uncontrollably. Scared, I had no idea what was happening. I yelled for my daughter who was so scared that she called both 911 and my best friend who lived up the street. In no time at all I looked up to three handsome firemen and two paramedics surrounding me in my tiny little bedroom. Boy, I wished I'd worn cuter pajamas, but at least I'd gone to bed with my makeup on, I thought. The next thing I knew I was whisked away on a stretcher as my children's eyes filled with fear. Thank God my friend Lori had shown up and was there to get the kids ready for school.

At the hospital the nurses hooked me up to several beeping machines, and when the doctor showed up he asked me all sorts of questions. After he was done, I asked him how long all of this would take, explaining that I had to get home because I had a lot of things to do. The doctor looked at me quite sternly and said, "Ma'am, your kidneys are shutting down. I'm going to have to admit you to the hospital for a few days if you don't promise me that you'll lie down and rest for a few days at home. If you'll do that, I will let you go home in a few hours." I wasn't sure if being called "ma'am" was worse than my kidneys shutting down, but I was able to register how serious the doctor sounded. I thought of the look on my kids' faces when I was whisked out the door and put in the ambulance, and I promised the doctor (and myself) that I'd go home and rest. I made a pledge then to start taking better care of myself and to put my needs right up there with the children's needs. I realized how important it was to take care of myself so I could take care of my kids. At that moment it hit me how much danger I'd put myself in by trying to be everything to everybody. I finally understood the analogy of putting the oxygen mask on myself first and then putting it on my children next.

As I lay in bed over the next few days I made a list on a sheet of paper. On the left side I listed all the areas where I had been an over-doer. On the right side I listed some ways I would cut back. Here are some examples. Every night I'd been cooking dinner and doing all the dishes. That night I told my kids I would cook dinner and they would do the dishes. They didn't like it, but I laughed to myself remembering a quote I had read by Ben Bergor: "It is amazing how quickly the kids learn to drive a car, yet are unable to understand the lawn mower, snowblower, or vacuum cleaner." I was usually the mom who did all the driving to wherever my kids wanted to go. I decided to set up car pools for school, sports, birthday parties, and all the other places they needed to be. If the kids needed shoes, I told them the dollar amount I would pay for shoes. If they wanted the more expensive latest fashion, they could pay the difference. Or I told them I'd buy one shoe and they could either buy the second shoe or hop around on one foot! They never chose the latter.

On one of the many days I was in "mommy overwhelm" mode, I called my sponsor to complain about how my children kept asking me again and again for blah blah blah. I told her I kept telling them no, but then I'd get so tired of saying no that I'd just give in and say yes.

She told me to get a large piece of paper, write on it in black ink the words NO MEANS NO, and hang it on the refrigerator. I said, "What a great idea for them--I think it will really work."

And some days, it gets so bad, I put a No Means No sticky note on my forehead.

Read more about how to do all you need to do...while not doing away with yourself or your sobriety...in A Sober Mom's Guide to Recovery by Rosemary O'Connor.

About the Author:
Rosemary O'Connor, a leading expert and spokesperson on women, children, and addiction, is the founder of ROC Recovery Services, a certified addiction coach, and a sober mother to three awesome adult children. O'Connor shares her expertise in the Hazelden Publishing title A Sober Mom's Guide to Recovery.

© 2015 by Rosemary O'Connor
All rights reserved