"When we lack hope, we limit ourselves." 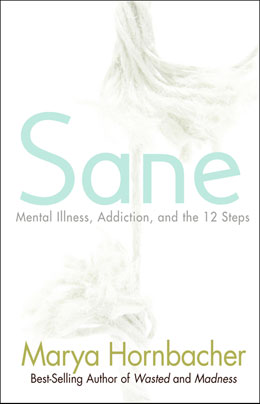 Transformation: The Journey of Recovery


As we approach the change of season, it seems like a good time to consider the topic of transformation. How we are evolving, how we are growing, how we are recovering—wherever we are in our recovery journey, we can always take a closer look at transformation. In her book, Sane, Marya Hornbacher explores how Step Seven, particularly after working all the steps before it, offers us the opportunity to see what we were before, while looking ahead to what we can become next. How many of us can envision our next incarnation? Depending on how far away we are from our addiction, some of us have a better idea of where living one day at a time can bring us. We can change. We can become something completely new—or something we already were, but couldn't see, because of our addiction. It can be a light during the darker months of winter when we look forward to spring. So, hunker down with transformation in mind.

At Step Seven, we are prepared to become new people. We are able to see, at last, that there is a true self underneath the grime of all the character deficits we've built up over the years—fear, anger, dishonesty, and all the rest of the things that kept us trapped in addiction, isolated us from others, and deprived us of any spiritual peace. That true self we are beginning to uncover is the one that can have those things that humility brings: sobriety, serenity, stability, usefulness to others, and the strength we need to meet any adversity life brings.

I had always wanted those things. But the total devastation of my self-respect brought on by years of addiction and untreated mental illness had convinced me that those things would never be possible. My vision for what I could expect out of life and what I could expect from myself was very grim. Like so many others, I had become convinced that the best I could hope for was simply to get by.

I had given up. And I was filled with the bitterness, resentment, and anger that come with a lack of hope. Where hope should have lived in me, I felt only despair—and it took me a very long time to understand how I had brought that despair on myself. It had become a character defect in its own right. I thought I had tried everything to create change in my life, but I had tried only running, fighting, and giving up. At Step Seven, we ask to be shown a new way.

This Step creates a lasting spiritual change in who we are. If we allow it to, it lifts us out of the hell of despair and shows us the people we can be and the things we can do. Before I got to Step Seven, I was still operating in great part on the force of desperation—I just didn't want to go back where I was. But when I honestly asked for my shortcomings to be removed, I began to see where I could go.

When we lack hope, we limit ourselves. We don't work on our character, because we don't believe it's worth the effort—we think that our character is flawed beyond repair and that we're destined to fail. Step Seven asks us to begin the work of character building. The first step in that is simply asking to be released from the character defects that have kept us trapped in our addiction and our unmanageability. When we are released from these, we find we have enormous room to move and grow. We're no longer stuck in survival mode. We can imagine greater possibilities for our lives and for what we can bring to the world.

The Twelve Steps and Twelve Traditions describes the situation so many of us have found ourselves in: when asked to choose "between character and comfort," most of us ditched character building in favor of our chase after happiness. Even though it seems very strange that I could have called the misery in which I was living any kind of "comfort," in fact it was comfortable—I was used to it, and it didn't require anything of me. I could live by instinct, seeking nothing but relief from pain. I never had to grow.

Growth—character building, change, and the development of a moral center—requires a lot of work. And I didn't want to do it. What I was completely missing was the fact that it was taking just as much work, if not more, to avoid it. And the backbreaking effort to maintain this catastrophic level of denial and avoidance was sucking the life out of me. My devotion to this denial came at the expense of everything I said I valued: the people in my life, work, goals, dreams, and any sense of self-respect. My values had dwindled to include little beyond my own self-interest.

The Twelve Steps and Twelve Traditions hits the nail on the head. It talks about the fact that while many of our best efforts were well intentioned, still, "our crippling handicap had been our lack of humility." We were unable to see that strength of character and of our spiritual lives needed to come before material wealth. I used to understand "material wealth" as simply stuff—money, property, that kind of thing. And while I was plenty greedy about those things, the material things I obsessively sought were more abstract: I wanted what everybody else had, or what I thought they had. I wanted their happiness, their confidence, their stability, the respect they got, the ease in their own skin that they seemed to have. I wanted their freedom from mental illness. I wanted their lives. I wanted their personalities. I wanted everything but what I had. And that kind of seeking—looking always outside myself, never within myself, for satisfaction and fulfillment—creates a gnawing spiritual hunger that can never be filled.

Addicts are painfully familiar with spiritual hunger. So are those of us with mental illness who cannot or will not make the choice to accept and manage our condition. In both cases, we are straining toward external sources of comfort, when the comfort we need can be found only in a rich and nourishing inner life.

When we live in addiction and unmanageability, our inner lives starve. We lose sight of who we are, what we value, and what we believe. We give up hope of creating stable, happy lives for ourselves and give up on becoming the kind of people we want to be. We live at barely subsistence level, and we are tangled in a net of resentment and hopeless resignation at our state. But if we work the first six Steps and become ready to have our defects of character removed, we can begin exploring who it is we are and who we want to become.

Many people find when they reach this point in their recovery that they have no idea whatsoever who they are. I was one of these people. I felt both overwhelmed by the idea of needing to figure it out and tentatively excited at the idea that there might actually be a core self in there, a self I might learn to rely on and respect. I had a sense that it was possible there was a purpose in my presence on the planet, something I'd doubted for a long time. And I had the hope that if I could free up all the space in myself that was being taken up by my character defects, I could use that space to develop character traits that reflected my values.

When I got sober, I saw myself as a walking state of chaos. I couldn't distinguish between myself and my bipolar disorder. I felt like I wore a sign on my forehead that said BROKEN. Because my illness was so out of control and so badly exacerbated by substance abuse, I didn't know what I was like when I wasn't sick—I'd been sick so long and so consistently that I had no state of stability to compare it to. So when I stopped drinking, started taking my meds, and started taking direction both in how I took care of my mental health and how I worked my recovery program, I found myself acting and thinking like someone I'd never met. It took quite a while for that state of stability to feel natural. It wasn't always comfortable at first, but it was a welcome relief from the mayhem of thoughts and moods that had tormented me for so long. Gradually, a person began to emerge from the constant state of illness and addiction. And that person was me.

It was humbling to finally acknowledge just how powerful my mental illness was, how powerful my addiction was, and how the two created an absolutely deadly combination. I realized I was damn lucky to be alive. This was lifesaving humility I was discovering. Finally understanding that my will was no match for the physical diseases that had consumed me, I developed a healthy respect for the force of mental illness and addiction. This respect took the form of acceptance. I accepted the fact that these diseases were a part of my genetic makeup and would require consistent and rigorous programs of mental wellness and recovery.

I also recognized that these things did not define me. They placed certain limits on choices I could make, and demanded a share of my care and attention, but they did not tell me who I was or who I could be. They didn't tell me what I valued or believed in, and they didn't tell me what I was capable of. But then, I asked my sponsor, what did tell me those things? How did I know, after nearly my whole life had been spent in unmanageability, illness, and addiction, what I valued, or what I believed?

"That," she said, "is the journey of recovery."

About the Author:
Marya Hornbacher, author of the international best sellers Madness and Wasted, offers an enlightening examination of the Twelve Steps for those with co-occurring addiction and mental health disorders. Read her Hazelden Publishing titles, Sane and Waiting.