A Memoir of Obsessive Compulsive Disorder 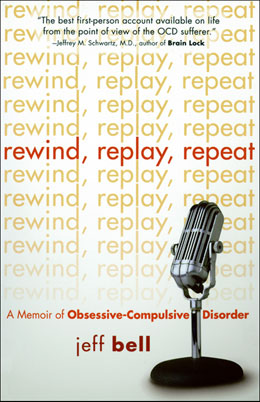 Rewind, Replay, Repeat is the revealing story of Jeff Bell's struggle with obsessive-compulsive disorder (OCD) and his hard-won recovery. Nagging doubt: It's a part of everyday life. Who hasn't doubled back to check on a door or appliance? But what if one check wasn't enough? Nor two or three? And what if nagging doubt grew so intense that physical senses became all but useless? Such was the case for Bell, a husband, father, and highly successful radio news anchor--and one of the millions of Americans living with obsessive-compulsive disorder (OCD). His fascinating memoir recounts the depths to which this debilitating anxiety disorder reduced him--to driving his car in continuous circles, scouring his hands in scalding water, and endlessly rewinding, replaying, and repeating in his head even the most mundane daily experiences. Readers will learn what OCD feels like from the inside, and how healing from such a devastating condition is possible through therapy, determination, and the support of loved ones.

Rewind, Replay, Repeat is the revealing story of Jeff Bell's struggle with obsessive-compulsive disorder (OCD) and his hard-won recovery.