"When I encounter shame in treatment settings, it is almost always a detriment to progress." 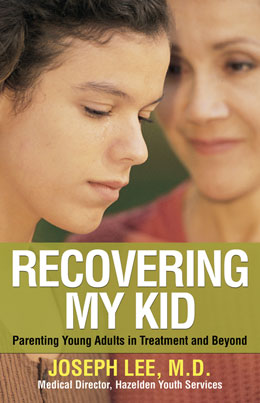 Get Your Loved One Sober

The Difference Between Guilt and Shame


Navigating the journey of parenting a child with a substance use disorder can be challenging in the best of seasons. Now, as the weather cools and the holidays change routines, emotions can run hot and cold. It's easy to second-guess our parenting choices, and even wonder about what we're feeling from day to day. Dr. Joseph Lee, in this excerpt from his book Recovering My Kid, helps illuminate the difference between guilt and shame, and shows us how these emotional and relational forces are at play in treating addiction, embracing recovery, and rebuilding trust and hope in a family.

There is a rat in a cage in a white room like the ones used in lab experiments. The cage has clear plastic walls and is built like a maze. The rat is proficient at getting around in the maze. In one corner of the cage, it can eat food. In another, there is a potential mate. In yet another, there is a wheel for the rat to run on.

Now, let's assume that in another part of the cage, there are some baby rats. In response, the rat does what it is genetically programmed to do: It runs on the wheel, cares for its young, mates, and eats food.

Eventually the scientist at this lab introduces a drug to the rat. The animal has to tap a button to dispense this drug. This chemical is addictive, and the rat succumbs to its pull. The rat suspends all activities to keep getting the drug. Its young are neglected. The wheel sits still. The rat's mate is ignored. The food is not consumed. The only significant activity for this rat is getting more of the drug.

Is this rat morally corrupt? Does this rat ignore its young because of a weakness in its character or moral fiber? Of course not. That would be a ridiculous notion. The rat does what it does because its brain places the highest priority on the obtaining of the drug. The drug matters above all else, and it will be attained at any cost. There is no question of morality. It is a matter of neurochemical rewards gone awry.

So it is with addiction in people. Many parents feel personally hurt by their addicted child's "immoral" behaviors. And, in retrospect, the kids themselves feel a deep shame about their deeds. When they enter treatment, they cannot reconcile their values with what they have done to others as a result of their use.

Yet, in some fundamental way, these kids are like the rat. They do not steal from their parents and use violent means to get what they want solely because of moral bankruptcy. They do not betray their friends and manipulate others because they lack ethical fortitude. They do so because their brain's circuitry demands that they seek a reward, no matter what the cost. For someone who is addicted, the ends do justify the means.

I can't tell you the number of times young people have sat in my office with the unbearable weight of regret. Their past behaviors make them question who they are on a fundamental level: Why did I cheat on my boyfriend? Why did I pawn my family heirlooms? How could anyone do this to another person? The shame becomes an immense obstacle in recovery.

This is when I offer the rat analogy. But I don't do this to absolve kids of accountability. I simply want to help them understand that, in neurochemical terms, the deck is stacked against them when they are using drugs. Most of them would have never done what they did unless they were in a vicious cycle of craving.

This usually assuages kids but rarely reassures them all the way, which indicates that they still have a conscience. The conversation also rekindles hope and suggests that kids should avoid stacking the deck against themselves in the future.

Some parents might want a child with addiction to feel shame. Perhaps they think that shame will be of some therapeutic value in the long run. If young people do something wrong, they should, of course, feel remorse about it. When I encounter shame in treatment settings, however, it is almost always a detriment to progress.

Here's why. First, let's distinguish shame from guilt. Guilt is a feeling of culpability (in an emotional sense) but does not necessarily invoke personal wrongdoing (as it does in the legal sense). Children can feel guilty about their parents' divorce and still know they aren't responsible for the divorce. Likewise, kids can feel guilty about the death of a friend who was using drugs, believing that they could have done something to prevent the death. Again, these kids don't necessarily feel responsible, but they have plenty of personal regret.

Shame, on the other hand, is an emotion that frequently arises when someone feels responsible. When it comes to shame, there is little doubt about who is accountable. Shame implicates a person directly: Yeah, it was me. Shame makes that person feel everyone's eyes on him or her. It is a scarlet letter.

In my experience, shame usually goes down in one of two ways. First, shameful addicts flog themselves. They isolate, engage in self-deprecating talk, feel suicidal, cut themselves, or take on more responsibility than they should. This self-punitive approach may be seen as appropriate.

But, like most stimuli, the impact of self-punishment wears off over time, no matter how powerfully or profoundly it initially occurs. When addicts feel they have "done their time" or "paid their dues," it's back to using.

Second, shame can make kids give up. They figure that since they are already worthless and beyond redemption, they might as well use again. Worse yet, they might resort to suicide. Either way, shame is generally unproductive in treatment.

This does not rule out any room for morality in addiction. Morally reprehensible acts are done by people on a daily basis while under the in?uence of drugs, while in withdrawal, or while in severe craving. And it is true that some people with addiction acted in questionable ways even prior to drug use. When the focus is on accountability rather than on shame or guilt, it allows everyone involved to move forward instead of wallow in the past, and it lays a solid foundation for recovery.

Bottom line: Our kids can be held accountable for their behaviors in the midst of drug use. At the same time, they can live without internalizing a moralistic brand of shame on their very person—one that will permanently rob them of hope and eventually derail them from recovery.

About the Author:
As the medical director for Hazelden Betty Ford's youth services, Dr. Joseph Lee is a thought leader on matters related to youth, addiction, families, and mental health. Dr. Lee's experience with families from across the country and abroad provide him with an unparalleled perspective on emerging drug trends, co-occurring mental health conditions, and the ever-changing culture of addiction. Given his unique degree of specialization and powerful messaging, Dr. Lee has been featured in numerous media venues and national academic conferences alike. He is the author of Recovering My Kid: Parenting Young Adults in Treatment and Beyond, which provides an honest guide for parental leadership in times of crisis.

© 2012 by Joseph Lee
All rights reserved